Flori Pate didn’t intend to start a food recovery revolution in Asheville. She and her husband, along with their two children, were living in Asheville, while she worked remotely as a creative director for a company based in New York in 2013. When her company decided to move all remote positions back in-house in New York, Flori decided she loved their life in Asheville too much to leave and resigned. Within 24 hours of that decision, her husband lost his Marketing Director position due to budget cuts.

With their creative backgrounds and their desire to remain in Asheville to raise their family, Flori and her husband, Ted, had to figure out what their next career move would be. A friend told them about a Startup Weekend competition being hosted by the Chamber of Commerce where contestants had 54 hours to network, brainstorm, break into teams and dream up a viable business idea to be pitched to a panel of business experts. With encouragement from Flori, Ted jumped in. His idea? Creating the “go to” app that shows where to go and what to do every day in Asheville. Their team got 5 signed contracts from local businesses that weekend based solely on the idea. Their idea, featuring Flori’s logo design, won the competition!

More and more businesses signed on and Dig Local was off and running in January of 2014.

While at a Dig Local client meeting with Pack’s Tavern (if you haven’t gone, you should! https://packstavern.com/) their Marketing Director mentioned that with the holiday season in full swing, they were throwing away huge amounts of food each evening after events in the Century Room, their event space. Flori knew from her experience with her church (Grace Covenant Presbyterian) that food insecurity was a major problem in Asheville. Their church grows tons of food each year from their Community Garden for distribution through partner agencies.

But this was a family trying to start a business of their own! They couldn’t also solve the food waste problems of Asheville too. Well, nobody told Flori that. She called her church and asked them how they worked in the community to feed those in need. She was told that the church worked with several non-profits to distribute what they grow in their gardens, and if Pack’s Tavern had food to give away, they could be connected with one of those partners. They first worked with Amy Cantrell at BeLoved Asheville.

Then they had to tackle another problem. If an event is over at 10:00 at night, how would they get the food to BeLoved? So Flori called another Dig Local contact, Woody McKee, owner of AVL Ride, which had 24-hour dispatch. Her church gave the group a small starting grant to pay part of the cost incurred by AVL Ride, and the group got started.

A plan was hatched: when an event was over, Pack’s would text AVL Ride who would pick up the food and drive it the two minutes to Beloved Asheville. They would open the door, put the food in their own refrigerators and serve it the next day. They started the night of their first meeting.

From there, Food Connection was born and grew fast. They started to enlist regular food partners- businesses who didn’t just have events every so often, but that produced a lot of food waste on a daily basis. These included UNC Asheville and Deerfield Retirement Center. These were places Flori says they could reliably pick up food to distribute two to three days every week.

I spoke with Flori on a Monday and she said that with businesses opening back up, they were out picking up food from several locations that morning, including a team of volunteers at Ridgecrest Conference Center packing up leftovers from the entire weekend.

Although “rescued food” was their business model for some time, the COVID-19 pandemic hit Food Connection too. With businesses shuttered, and partners like UNCA closing down, food was becoming more scarce. All while the need for food donations grew fast.

One of their partners, Wicked Weed, reached out to say that though they were closed, they would be interested in making meals specifically for Food Connection to deliver. An anonymous donor, who was a fan of Wicked Weed and heard about this partnership came forward with a $200,000 donation to make this work possible on all sides. “I couldn’t believe it! Because we were getting calls from our partners asking if we had food for them, and I had to say ‘I’m sorry but there’s no food to rescue’, and then we get this infusion of cash at the right time.”

Through their partnerships, Food Connection shifted into high gear, delivering 5,000 meals per week last spring with the help of the YMCA. They take meals to partner agencies like Verner Early Learning, Homeward Bound’s facilities, the Swannanoa Curbside Drive-Thru, and more every week! They also began hiring chefs they had worked with whose kitchens had closed to prepare meals for delivery through their chef meal program.

Like many of us, Food Connection also took lessons from the Black Lives Matter movement in 2020. “We had to ask ourselves, are we being as equitable as a non-profit as we could be? We diversified our Board and worked with a diversified group food recipient partners, but then we had to recognize that we weren’t working with any chefs that were people of color. So we had to do better.”

So we started a partnership with Chef Clarence Robinson, of Cooking with Comedy Catering. “We’ve purchased over 3,000 of his delicious meals for our partners in need. That’s really been a cash infusion for his business. So it’s a win-win.”

That $200,000 donation, together with other funds raised has all gone into the local food economy during the pandemic. And Food Connection (and Flori herself) is not slowing down. “It’s not our original business model, but we really like doing the chef meals. With rescued food, you may have 2,000 pounds one week and 20 pounds the next week. You just don’t know.”

But while they will continue the Chef Meal program (which you can support by “buying a meal” for someone in need!) Food Connection remains committed to rescuing freshfood before it hits the landfill. Part of this commitment stems from a genuine care for feeding those who are hungry with healthy, high quality food, but it is also about the environmental impact of food waste.

“Food waste is a huge contributor to climate change. Food waste rotting in a landfill creates methane gas. In our country, 40% of food gets thrown out. So our model really makes sense from a community standpoint, from an environmental standpoint, and from a small business standpoint because the restaurants we work with can write these donations off on their taxes.” It really took Food Connection to make these connections and be the bridge.

One of the early hurdles Flori and her team had to jump was the mindset that many restaurants and facilities had: that it is illegal to donate food or that they would face some form of potential liability by donating leftover food. It turns out this is not a concern due to a law signed in 1996. “When I say nobody knows about it, I mean nobody knows about it! It’s called the Bill Emerson Food Donation Act and it is a federal law that states that if you are donating food in good faith that the food you are donating is safe, there is no liability. And that law has never been challenged in court. But people don’t know about it, and so food waste continues.” Educating businesses on this law has been a big part of her work. Businesses also like having the comfort of Food Connection to act as a sort of a middle man between them and the non-profits they give food to. “We have never had a partner business stop donating through us once they started.”

Flori thinks part of Food Connection’s success lies in not creating red tape and obstacles to be overcome. Food is available to anyone who needs it. They have no intake form or application. The food is there, it is meant to be eaten. For example, pre-pandemic, they worked with Hall Fletcher Elementary’s MusicWorks! after school program, delivering food from UNCA. Parents could pick up heat-and-serve meals for their families when they picked up their children. Regardless of income or wealth, every working parent can appreciate a healthy, ready to serve meal on a school night! “Food is for everybody!”

Flori says, “the reason people go hungry in western North Carolina and Buncombe County isn’t because of a lack of food. It is just access and waste.” To date, Food Connection has prevented over 150 metric tons of food from going into the Buncombe County landfill.

Flori isn’t content stopping with just our area. A group of women from Charlotte reached out to her in 2019 to ask about bringing this model to Charlotte. Flori had a connection with Compass Catering (the food services provider for UNCA and Mars Hill University) and knew they provided food service to at least four colleges in the Charlotte area. Compass was immediately on board and Flori, along with her supportive Board of Directors, worked with and mentored the team of Charlotte women for over a year. This organization is now known as Feeding Charlotte. She knows her model isn’t the only one in existence, but she also knows far too few communities have a resource like Food Connection. She would love to expand throughout WNC and beyond.

With the City of Asheville proclaiming April as “Stop Food Waste Month”, Food Connection is celebrating with a unique and fun fundraiser! The “Stop Food Waste Chef Dance-Off” competition goes live on April 10 featuring music by Asheville legend Ryan RnB Barber. Food Connection’s food donor partners are submitting videos of their staff dancing and we get to vote for our favorite! Anyone who shares the video (from Food Connection’s Facebook Page: https://www.facebook.com/foodconnection.co/) gets a free vote, and you can purchase additional votes for a $10, tax-deductible donation, where 100% of the money goes to fund Food Connection’s work.

To help Food Connection or get involved, go to https://food-connection.org/ Creating Theatre FOR the Community

When you think of theatre in Asheville, Different Strokes Performing Arts Collective, founded in 2010, is one of the stand-out companies. But 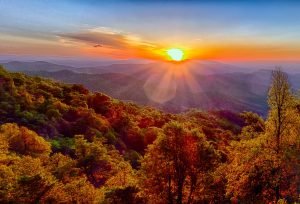 In 2003, Swati Patel and her husband Himanshu Karvir left Chicago for Swati’s hometown of Asheville and the family’s hospitality business. They Kate Pett, Executive Director of Thrive Asheville, loves how much our community cares. “People are passionate about this community. Even when we